Today, we’re going to look at a grinder that’s overshadowed by its more well-known competitors: the Breville Smart Grinder Pro.

Breville is know to make excellent appliances, but I was curious to see that the Smart Grinder Pro could hold its own against grinders made by more coffee-focused companies.

What started out as a quest to sate my curiosity ended up with me being very impressed with the end result. It’s by no means perfect, but there are still a lot of things to like about the Breville Smart Grinder Pro. 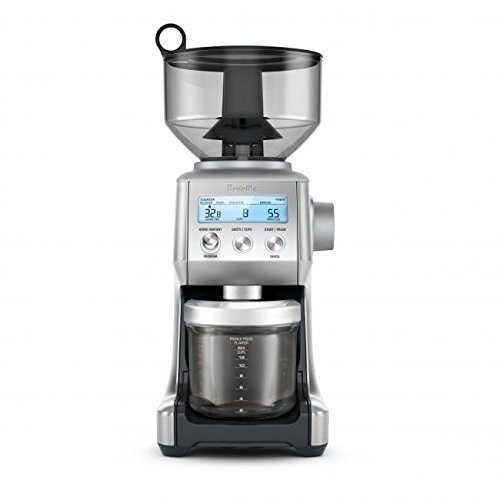 the price fairly matches its reputation in the industry

Handground is a beautifully designed piece of equipment whose main advantage is how easy it is to use. Everything about the Handground was designed with the coffee professional in mind.

This conical burr grinder has 60 so-called ‘precise’ grind settings that’ll take you from espresso to French Press. Running at 165 watts, it certainly has the power that matches its better known competitors, like the Baratza Virtuoso or the Rancilio Rocky.

The LCD interface shows the grind settings, the timer, and the number of shots that you are preparing. Unlike most grinders that use steps, the Smart Grinder Pro has a knob on the side that lets you adjust the grind size. The burrs are made of steel, which is something you might want to take note of if you’re partial to ceramic burrs.

Another nice feature of the Breville Smart Grinder Pro is its dosing IQ. Basically, the dosing IQ determines the dose that suits the grind that you’ve selected. It does more work and removes most of the guesswork that’s involved in grinding coffee. Whether or not that’s a good thing depends on how much you want to be involved in the coffee-making process.

Let’s take a look at some of the other features that make the Breville Smart Grinder Pro a popular choice among consumers.

Everything works almost the same as other home burr grinders except for a few notable differences. On the LCD display, you can start or pause the grinder, which can be very useful, especially if you’re using a portafilter. I find myself enjoying this little added convenience because I don’t have to keep my finger on a switch at all times.

The display also has a button that lets you choose the number of shots or cups that you’ll be making. Furthermore, the timer button lets you adjust in increments of 0.2 seconds. This is great if you want to multitask around the kitchen or don’t like the hassle of having to watch over your grinder while it does its job.

The unit comes with two portafilter cradles, one 58mm and another 50/54mm. They come right off quite easily if you need to switch between them or clean up the machine. It also comes with a nicely-sized grounds bin that neither too small to be useful nor too large to fit comfortably on your countertop.

Overall, you get a fully automated coffee grinding experience with the Breville Smart Grinder Pro. I think the vast majority of home baristas will like that it’s very ‘automated’, but that might not be appealing to someone who prefers to have more control over the grinding process.

Cleanup can be a huge factor for people who are often on the go. If you’re a busy person, you might not have the time – nor the patience – to disassemble this device then put it back together after using it. Since it has more electronic parts and an LCD screen, you can’t really just wash it clean. What I do instead is wipe off the dust and build-up using a slightly damp cloth. The detachable parts, like the hopper, the bin, and the portafilter cradles, can be washed using liquid soap.

Additionally, the grounds tray at its base is magnetically attached to the grinder, so you can easily remove it and clean it up.

The 60 settings that you can choose from aren’t what you would call ‘true’ settings. Compared to its predecessor, the Smart Grinder (notice the lack of ‘pro’), which only has 25 grind settings, the Smart Grinder Pro is definitely a huge step-up.

To remedy this, Breville has made it easy for users to add more customization to their grinder. Simply remove the beans hopper, take out the top burr, and choose from 10 more adjustments. The burr has an indicator that shows which direction you should turn it for a coarser or finer grind. For each of those 10 options, you get a whole new set of 60 grind settings. Six hundred sounds like a lot to take in, but if you play with it for a bit, you might be able to find which configuration works best for you.

You’ll love the Smart Grinder Pro if you’re not looking forward to waking up your neighbors while making your cup of coffee. It runs smoothly, and quietly. Although, when I tested it out, there was a minor case of beans jamming in the burr. When that happens, it could be necessary to readjust your grind settings, but as far as I know, it’s not really something that happens often.

This is perhaps my favorite part about the Smart Grinder Pro. This device remembers your dosing settings and will think for itself if you’re making bigger or smaller batches.

There are four basic settings for the coarseness that you can play with. After that, say you switch between different methods, the Smart Grinder Pro will still remember the setting you used for espresso, for instance, and will adjust the timer in increments of 0.2 seconds to accommodate your chosen brewing method.

How does it compare? 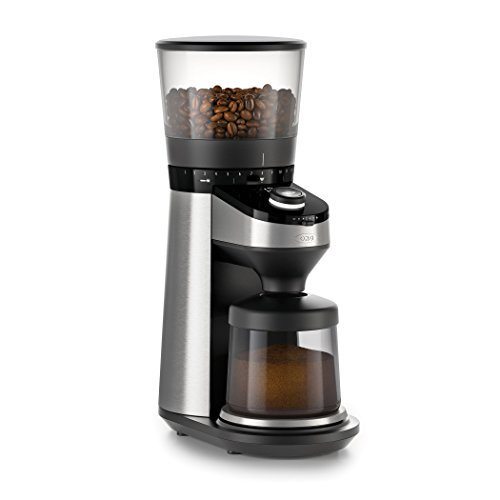 The OXO On Barista Brain conical burr grinder is one of the Smart Grinder Pro’s counterparts. They both have nice digital elements, but when it comes to looks, I’m think the OXO looks more sleek and well-designed. What I like about the OXO grinder is that it moves slower than the Breville grinder, but with more power. Having slower movement means there is less heat applied on the beans, and that prevents scorching that can destroy the flavor.

For consistency, they are almost tied to each other, but Breville has the upper hand in this round because the coarse settings produce more consistent grounds, whereas the OXO grinder seems to falter.

They are both fairly easy to use, but I like having more options with the Breville. If you present these two to a first-time user, they would surely have a better time understanding how to operate the Smart Grinder Pro. The OXO grinder only has one button, after all, and you need to rotate the hopper itself to adjust the grind settings. Oh, and by the way, the Smart Grinder Pro is also a much quieter coffee grinder than the OXO.

Overall, the OXO grinder looks flashier, but to me, the Breville Smart Grinder Pro is the winner of this showdown. It just has more versatility and it’s more user-friendly. 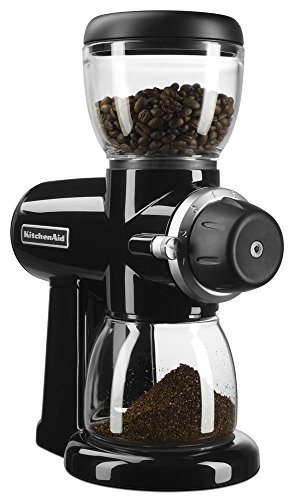 KitchenAid is well-known for their stylish and innovative take on kitchen appliances, so I couldn’t pass up the opportunity to test out their burr grinder and compare it with the Breville Smart Grinder Pro. At first glance, the KitchenAid grinder looks like a fun, colorful addition to your kitchen. For some people, though, they might prefer something a bit more classic and sophisticated like the Smart Grinder Pro.

Both burr grinders use steel burrs, but the Breville Smart Grinder Pro overpowers the KitchenAid burr grinder, 60-15, when it comes to the grind settings. If you’re looking for more versatility, go for the Smart Grinder Pro. Not only does it give you the ability to set the number of shots or cups that you’re making, it also allows you to set a timer and pause the machine mid-grind.

Overall, the Smart Grinder Pro lets you have more freedom in grinding coffee. If you like playing around with different settings, or if you plan to use different kinds of beans, then this is the right grinder for you. However, if you think you don’t need all those extra features of the Smart Grinder Pro, and you’re just looking for something simple yet efficient, then you might find the KitchenAid burr grinder to be a suitable pick. 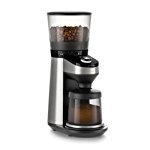