Whether you enjoy drinking cold brew in the winter or drinking hot coffee in the summer, one of the greatest joys of drinking coffee is the wide array of ways to consume it. Drinking cold brew coffee definitely takes some getting used to, but once you adjust to your coffee being cold as ice, it may be difficult to return to drinking your regular, hot cups of joe.

Most people think that cold brew coffee is first brewed hot and then refrigerated down to a cooler temperature. But with just a little bit of forethought, coffee can be brewed without any heat whatsoever, and it can result in less acidic coffee (great for those who suffer from acid reflux). It also tends to bring out the chocolatier and nuttier notes of a bean, which is intriguing in and of itself. When it comes to learning how to make cold brew coffee and the entire cold brewing process in general, the quality and variety of the beans and coffee grounds matter almost as much as your technique of making cold brew.

To a newcomer to the world of cold brew coffee, the differences between bean varieties and brewing techniques may seem a little intimidating. It may also seem like these factors don't really matter, and that paying attention to them won't affect your chances of making the best coffee you can possibly drink. If you find yourself fitting that description, keep reading this article. By the time you're done, you'll have a better understanding of how to make cold brew coffee and get more familiar with the best cold brew coffee beans out there.

Especially during the summer, cold brew can be great for getting a solid cup of chilled coffee without diluting it using tons of ice—I mean, we all feel like we're getting a little ripped off when we get our iced coffee from the barista and see the entire cup jam-packed with cube after cube.

Cold brewing is really an incredibly forgiving brew type and tends to mellow out the wide variety of variations among varietals, including the elevation they're grown at, the processing, all of it. Basically, it's less important to get a single origin or anything that touts "subtle flavors of," because it's likely that the cold brewing method won't highlight them—since acids and soluble are only released at high temperatures, these flavors (and the stomach irritants that come along with them) will mostly be lost. 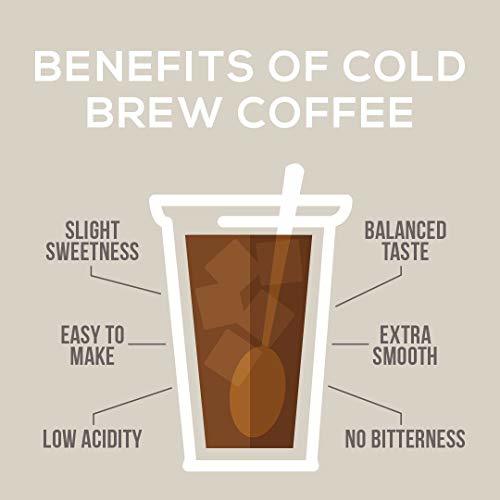 Additionally, coffee that's brewed at cold temperatures goes stale at a much slower rate than hot-brewed coffee, so making a batch with enough to sate your caffeine addiction for an entire week is entirely recommended. This can also shave five or ten minutes off your morning routine! That's ten more minutes you can spend on eating breakfast, showering, or simply hitting that snooze button on your alarm one more time.

The only downside to cold brewing versus hot brewing is that it does require twice the amount of grounds to yield the same amount of coffee. And, while just about any coffee can be brewed hot, not every bean is meant to be steeped in cold water for 12 hours. This is precisely why it's important to always buy the right coffee beans for cold brew coffee if you want to enjoy the full scale of flavor and...

You really don't need to buy anything at all to make cold brew coffee, which makes it a uniquely no-fuss route. As long as you have something that can hold water and some beans, you can do this. If you have a pitcher as an option, though, something with a spout, that's preferable.

That said, cold brew pitchers designed specifically to make cold brewing as easy as possible are pretty affordable. We put together a list of the best cold brew coffee makers, so make sure to check them out.

The basic principle of making cold brew using this recipe is using a ratio of 1:4. In other words, that's one part coffee for every four parts of water. So, if you want to make enough cold brew for four 6-oz. cups, use 6 oz of coffee. Keep in mind that the brewing process is a rather lengthy one, so if you want to make the best cold brew possible, you should arm yourself with patience.

For a more detailed, step-by-step overview of this brewing process, check out our guide on how to make cold brew coffee. 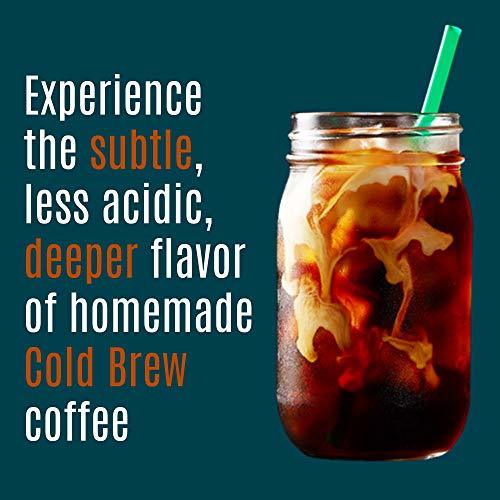 There's a lot that goes into how coffee brews, a lot of science-y stuff that, while interesting, still probably won't answer the question of which brand of beans will be your favorite. Googling it probably won't help either, since one person will swear by a light roast while the next link down will tell you that dark roast coffee is the only way to go.

It honestly all comes down to preference, but keep in mind that this is an entirely different ball game than the hot stuff. That said, there are several great places to start. It is no secret that a lot of shady things are going on behind the scenes in the coffee industry. From worker exploitation to behaviors that damage the environment, many of the industry giants aren't exactly companies we'd want to give our money to. We've prepared our list of the best coffee for cold brew while keeping that exact point in mind. 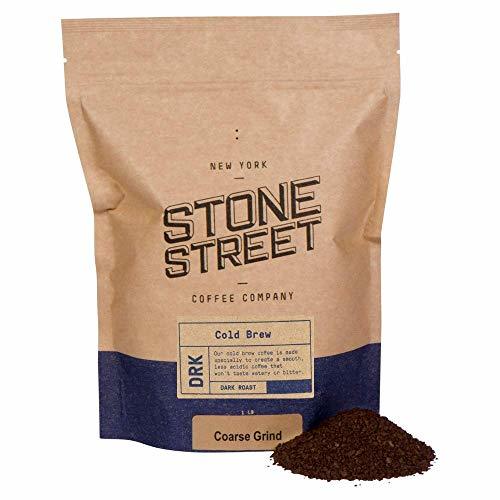 We're fans of companies that make things easy for their customers. Take Stone Street, for instance. While "cold brew coffee beans" aren't a specific type of bean or anything (just like espresso beans aren't a thing), it's nice when they give you a hint, right?

The Stone Street Coffee Cold Brew Reserve is a dark roast and has already been ground using the coarse grind technique, which is a nice perk—it's 100% ready for you to put in a pitcher and let steep. It's 100% arabica and is a Single Origin Colombian Supremo. Slightly sweet and smooth, this is a great place to start a cold brew adventure. 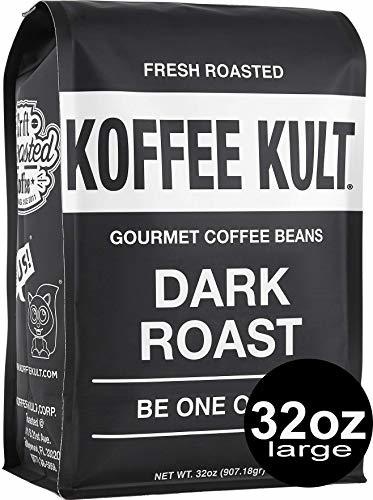 Another dark roast that would steep well in cold water would be this Koffee Kult dark roast. With cocoa and cinnamon distinctly in the flavor profile, it’s an enjoyable option both hot, cold, and everywhere in between. 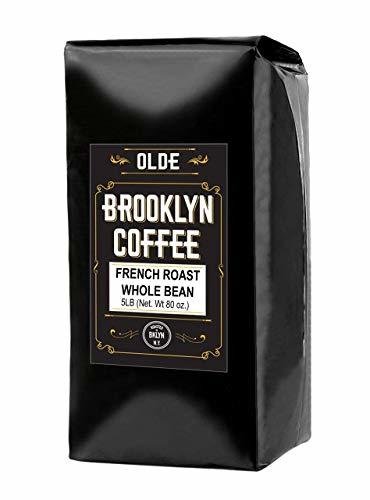 Known for its full-bodied flavor and a higher level of acidity, Olde Brooklyn Coffee's French Roast is a 100% roasted Arabica bean with a sweet and smoky aroma.

These beauts may be touted for making espresso shots, but they'd also make some fine, strong coffee that can withstand a handful of ice diluting it without losing its shabang. Its full-body, sweet and creamy taste, and richness won't get lost even after getting a good mellowing out for 12 hours.

Responsibly sourced and certified kosher, this dark coffee bean comes already coarsely ground, so you don't have to do a single thing other than remember to dunk the beans in some water on Sunday night.

Kicking Horse is known for its caffeine kick, but that kick also comes with a lot of acidity. A cold brew is a great option for this medium roast, with its sweet, chocolatey, and honey notes. This arabica whole bean is organic and Fairtrade, grown in the Rocky Mountains and originates from Africa, Central, and South America. 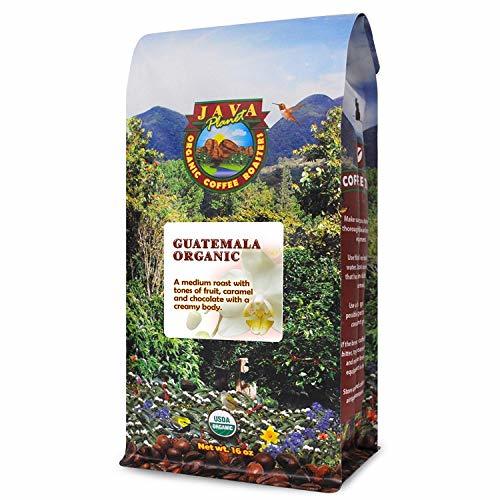 This Java Planet bean has fruity, caramelly, and chocolatey notes, so it works both hot and cold. These 100% arabica beans are certified organic, Fair Trade, and roasted in small batches for better quality control, as well as to avoid the over roasted or burnt taste that other companies have trademarked.

Aside from quality control, the small batches were also designed to maintain the company's tiny footprint on the environment. In our view, that's just another reason to give this roast coffee a shot. 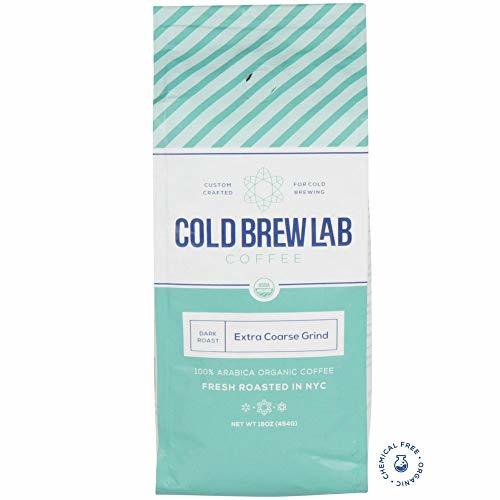 Another one that comes entirely ready to consume, Cold Brew Lab Coffee, sends their bags pre-coarsely ground. This well-rounded, smooth brew is 100% arabica made of a blend of both medium and dark roasts to achieve a nuanced cup. 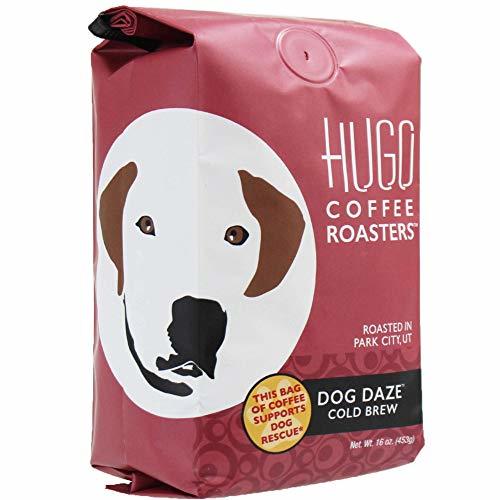 This is another company that does all of the work for you, plus. Hugo Roasters’ Cold Brew Coffee comes coarsely ground and has notes of chocolate, nuts, and spice, plus each pound of coffee sold helps a shelter dog in need. I love buying products I love that also help the sweet fur babies I love.

These ethically-sourced beans come from Utah and have a 100% satisfaction guarantee. Their New Trick Light Roast (whole bean) would also be a good option for cold brew. Not only is it bursting with flavor, but it's got a tiny footprint and the producers manage to use their profits to help a noble cause. 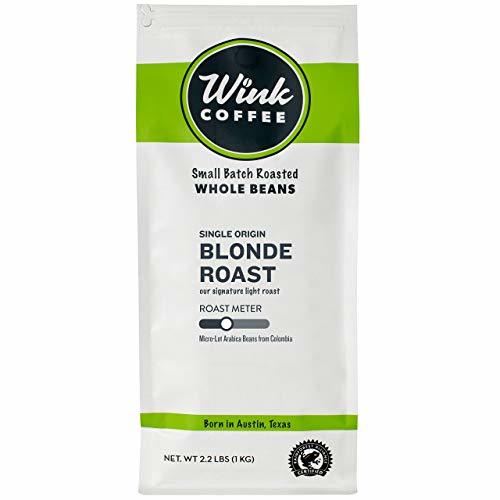 Milk chocolate, earthy notes, and nuttiness are all a part of the Wink Coffee Blonde roast profile and Cold brewing really brings out the richness of this bean. There are also hints of citrus, but it’s unlikely they’ll be prominent using the cold brew method. The 100% arabica is grown in the Columbian Andes and fire-roasted in small batches.

We've already reiterated countless times throughout this article that making a cup of cold brew coffee requires a lot of patience. The same goes for finding the perfect beans or coffee grounds for your cold brew concentrate. Don't get discouraged when that first pitcher you make doesn't come out exactly as you wanted it to. Just like any other skill, making cold-brewed coffee at home requires repetition and dedication to achieve perfection. Once you get it right, you will be able to start appreciating the nuance and hidden notes of flavor that only truly come out of each coffee bean when steeped in cold water for hours on end.

You can try the fanciest roasts straight away, or you select a more mainstream option like the Dunkin' Donuts Cold Brew Coffee Pack.

Cold brew is, hands-down, one of the least fussy methods and trying a few different types of coffee beans and nudging the steeping time this way and that will reveal what you love. Happy cold brewing!