While “Nespresso” may sound like just the latest trendy drink craze, it’s actually a single-serve coffee maker (Nespresso machines) line from none other than Nestlé — yes, the same company that makes a small fortune every year on Halloween as we all load up on Butterfingers and Kit-Kats.

Nespresso machines make more than espresso, despite what the name suggests. Nespressos can make a full cup of the good stuff on a weekday morning, and they can make a shot of espresso for a pick-me-up whenever you need it — it just depends on which model you choose to grace your kitchen.

That being said, here’s our roundup of the best Nespresso machines in 2023! 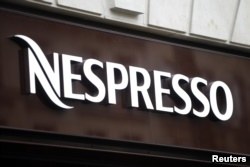 Nespresso began in Switzerland, along with the rest of Nestlé.

An employee, Eric Favre, created and patented this single-serve coffee maker system in 1976. He did it much the same way we all figure out how to do things: by watching other people do it.

Basing his system on close scrutiny of a barista at a local coffee shop, I’m pretty sure that barista should get some of the profits.

The Nespresso machine wasn’t all too popular, however, until over ten years later, but it’s certainly proven that it has some lasting power, playing a competitive role in today’s market.

It was only after they’d increased the cup sizes for us over here in North America, though, that it became a direct competitor for Keurig, because clearly we know how caffeine is supposed to be consumed — in mass quantities, of course!

Nespressos run on capsules, which come in a variety of distinctive, aluminum colors. These sets of colors dictate the strength and/or size of the coffee, whether it’s espresso, intenso, lungo, pure origin, decaffeinato, or variations.

You can even get capsules that are half-caffeinated — which is a good thing because Nespressos don’t have an available reusable pod. Basically, that’s a decent-sized drawback in this Nespresso machine — you have to drink the capsules provided. Click here to read about our favorite Nespresso capsules in 2023.

There are, however, off-brand reusable capsules, but you’re taking a chance. The best-rated options are this one (1), this one (2), and this one (3), but there are no guarantees!

Like all single-serve machines, Nespressos are ideal for a fresh cup of coffee or shot of espresso every time without any measuring, making entire carafes, or risking making a brew that’s too weak.

The hermetically-sealed capsules contain 5 grams of coffee, yielding a cup that clocks in just under 8 oz of joe.

Anytime we talk about single-serve coffee machines, we have to address the byproduct. Nespresso machines use pods and capsules, and Keurig coffee makers use K-cups. But whatever name they go by, something has to be done with them.

K-cups are pretty notorious for not being able to be recycled, but there are some options still available. You can learn more by checking out our top picks for the best reusable K-cups.

To clarify, K-cups can be recycled, but you'd have to separate the cup using a third-party tool, like this one, which separates the plastic from the aluminum from the paper. That’s a fair amount of work when you’d rather just be enjoying your coffee!

Nespresso capsules, on the other hand, are made of aluminum and are recyclable, but they have to be sent to Nestlé to do so.

You can drop them off at a boutique that sells the capsules, to a collection spot, or in a special bag from Nespresso that you hand to your postman.

While this isn’t “easy” the way we’d like it to be, aluminum is much more responsible than the plastic k-cups, making Nespresso the more environmentally-responsible option between the two! 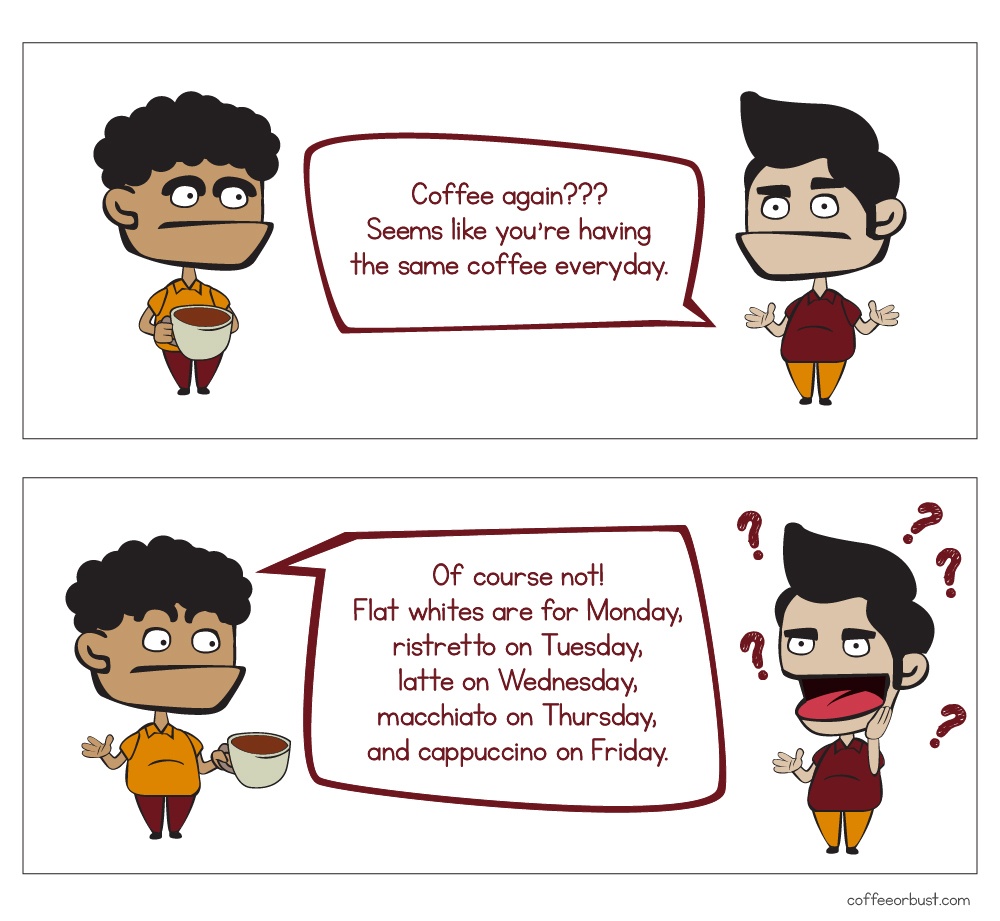 There are two different lines of Nespressos, and this is where you’ll need to do some self-analyzing to see what you need out of your single-serve machine. You’ll also need to be able to decipher the lingo — like lungo.

Many of the Nespresso machines have two options — espresso or lungo, the second of which is a special Italian way of enjoying a shot of caffeine.

Otherwise known as a “long shot,” a lungo is an espresso with twice as much water.

Ristretto is an intense shot of caffeine. An Alto XL is a larger cup of coffee. Okay, that last one was kind of obvious, but you get the picture.

The VertuoLine stands apart from the OriginalLine mostly due to its use of “Centrifusion”, which you may recognize is not actually a word.

In a moment of Shakespearean-inspiration, Nestlé mashed together “centrifugal force” and “infusion” to name the way the VertuoLine brews the good stuff. Considering that this bad boy spins those capsules at 7,000 rpm, coffee in a Nespresso is thrilling from start to finish.

One thing that you’ll want to keep in mind about this brand is that all Nespresso machines can make espresso, but not every Nespresso can make a cup of regular coffee.

So, what’s the difference?

Other than the obviously smaller quantity of liquid in an espresso, there are several other key variations, starting with the fact that a cup of drip coffee does have more caffeine than a shot of espresso.

While a cup of steeped or dripped coffee is better made with coarse grounds, you’ll want ultra-fine grounds for a good shot of espresso, which literally gets its name from the fact that boiling water is “expressed” quickly through the fine grounds, resulting in a concentrated ounce of flavor.

Espresso is thicker and topped with a layer of crema, and it’s typically served in a demitasse, which literally just means “small cup” but is way more entertaining (and classy) to say. Learn more about how to make delicious crema here.

Nespresso machines start off at about $100, with some machines clocking in at much more affordable than others.

We’ll take this from least expensive to most expensive, so you can get an idea of what features those extra dollars are going towards.

You’ll see that they all boast a different manufacturer name, Breville, De’Longhi, or Krups.

Nestlé works with these three companies to bring Nespressos to a multitude of markets, including the one here in the US.

Basically, don’t be concerned to see “Nespresso by Breville” or “De’Longhi Nespresso Coffee Maker” — they’re not knock-offs like the Coach purses being sold by the sketchy dude on the corner. 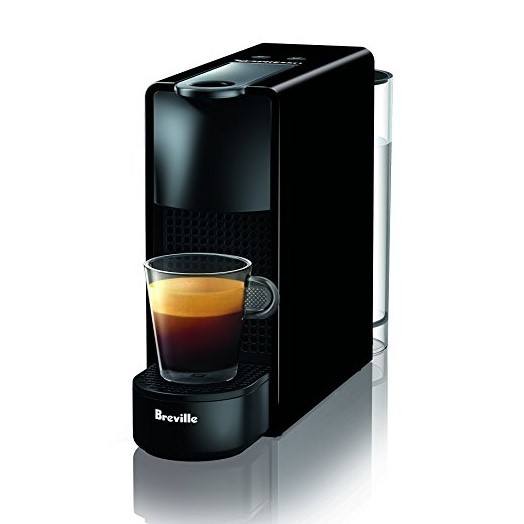 The Essenza Mini is part of the OriginalLine, and it’s made explicitly for shots of espresso and lungo. It has 19 bars of pressure and remains the most compact machine in the Nespresso line. The removable water tank is easy to remove and refill, and it can hold 20.3 oz so you can have several shots before tending to the machine. 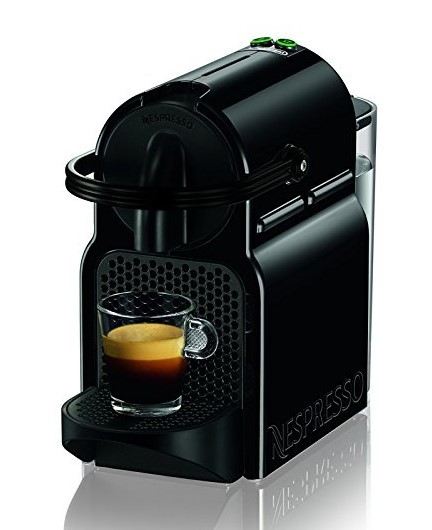 Inissia really embodies the heart and soul of what a single-serve Nespresso coffee machine was designed for: 25 second warm-up time, folding drip tray for larger cups, a 24 oz tank, and one-touch operation. It’s another member of the OriginalLine and produces both an espresso and lungo shot. This model has been discontinued by the manufacturer, but that also means you can buy it for a few dollars cheaper if you’re on a budget! 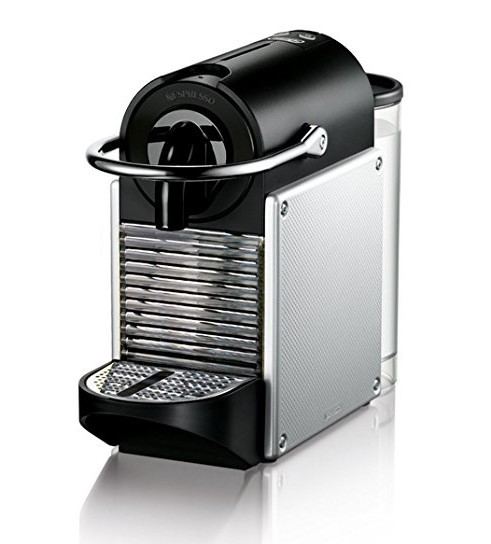 Ah, the Nespresso Pixie. It’s precious. It’s powerful. It’s popular. It’s like the Inissia in many ways (i.e. its replacement), but it features a light-up warning when the 24-oz tank is running low, which is a nice perk. (Read our full review here.) 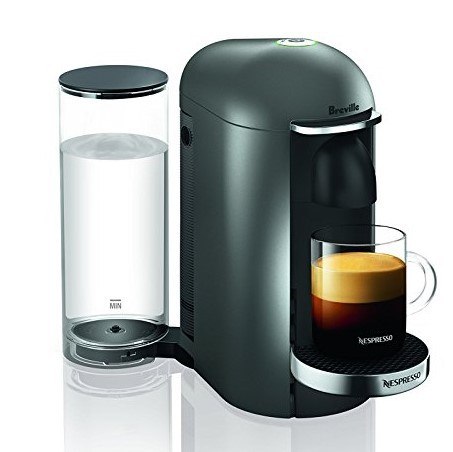 As much as an espresso feels fancy, mid-week mornings can require a little bit more — especially if you want to draw your coffee experience out to fill your entire commute.

This beaut uses that “Centrifusion” I mentioned earlier, and it also has another little feature that the OriginalLine doesn’t possess — it doesn’t need any input from you.

Every Nespresso capsule that you buy in the VertuoPlus line has a barcode on it, which the VertuoPlus machine reads and automatically brews. No buttons. No sizes. Pop the capsule in and walk away! Just make sure there’s a cup underneath the spout. 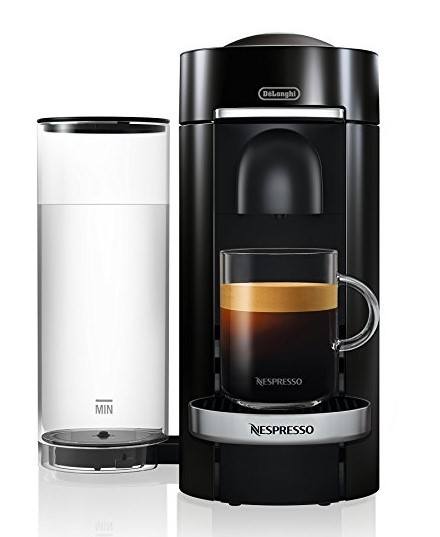 We all know that adding “deluxe” on the end of any product is equivalent to “better.” In this case, the 60 oz water tank makes this upgrade a slam dunk for coffee drinkers the world over.

Forget refilling anything but your coffee cup, even when you draw out your enjoyment of this caffeinated beverage well into the (late) afternoon. 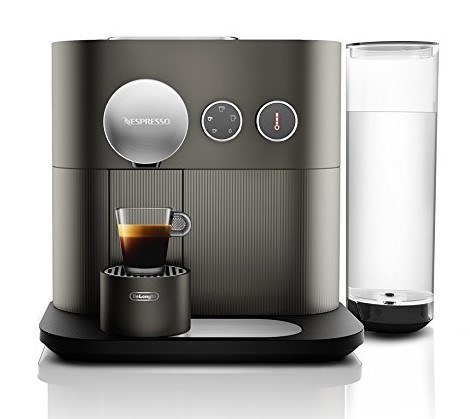 We’re working our way up the price ladder, here, and the Expert Espresso brings us closer to the higher-end of this line.

It offers several functions that you haven’t seen on previous machines, including the capability for custom cup sizes. It has Bluetooth®-smart technology to create those special drinks, which is always impressive.

The Nespresso coffee machine itself has a flat-to-the-wall shape so it won’t jut out and take up a bunch of counter space, and, the pièce de résistance, it has three different temperature settings! 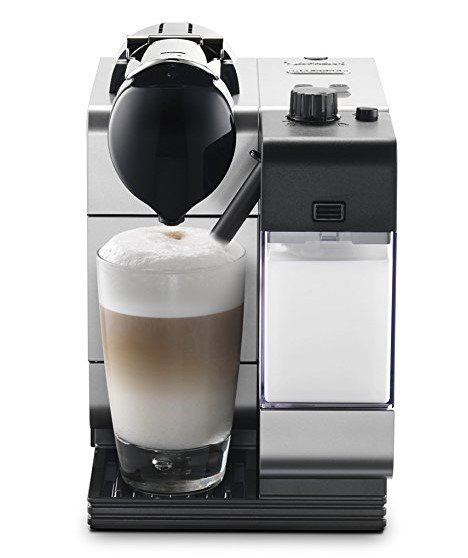 If you have a cappuccino-or-latte-a-day habit that you’re trying to kick (a morning visit that can cost you $1,100 or more per year), this is the machine to do it with. Press one button and you can have a creamy cappuccino or latte without leaving the comfort of your own home.

The milk tank is easily removable so it can be stored in the fridge and whisked out in a moment’s notice, a large water tank that doesn’t require refill after every cup, and a total ease of use that makes a creamy cuppa joe a few groggy steps away every morning. 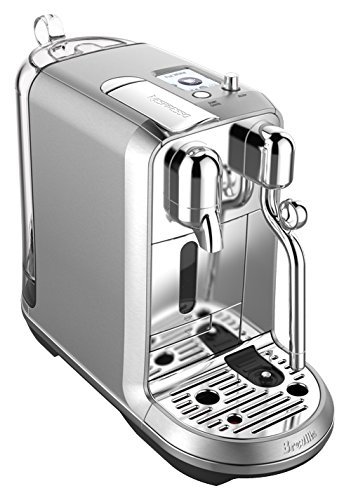 Including the Creatista on this list is pure fun — it comes with a hefty price tag, but it’s one those things where you get what you pay for.

The Creatista is for the art of making coffee — literally in the foam on top of the lattes. Flat whites are for Monday, ristretto on Tuesday, shake it up with a latte macchiato on Wednesday, lungo on Thursday, and top it all off with a cappuccino on Friday.

The Creatista can do it all, with flair, and make you look good while it’s hard at work.

The big thing to remember when looking for the best Nespresso machine is this: you get what you pay for.

Some of the lower level models are similar, with only minor modifications in features and design.

The Nespresso VertuoPlus Deluxe is a great, affordable option on this list. It makes a strong cup of coffee and a mean espresso, it has a 60 oz. large tank, and the worst report is of some minor dripping after the cup is done brewing.

On the other hand, if you’re attempting to run your own personal coffee shop out of your home kitchen and have a little bit of money to drop, the Creatista is the holy grail.

Leave a comment below and let us know which of our picks is the best Nespresso machine for you!